Meta-Criticism: Responding to the Response to the Tipi: Heritage of the Great Plains at the Brooklyn Museum, Conclusion 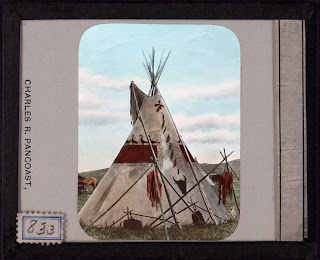 First and foremost, open, honest dialogue that is ongoing is good. Not every Native artist wants a non-Native audience, but for those that do, the response is informative. Several of the writers were receptive and responsive to the works in Tipi but others had points of serious disconnect.

If this show were at the National Museum of the American Indian, the response would no doubt be different. Perhaps the show is experiencing some of the backlash Nancy Mithlo has described that happens with Native artists step outside the Native art arena for the larger art world.

With various levels of elitism in the art world, some writers from Manhattan might be prejudiced against Brooklyn or shows designed for the general public instead of a specific art world audience. Many writers geared towards children, which perhaps in their views negates the seriousness or sophistication of the art presented. Museums are constantly looking at ways to reach out to new audiences and create interactive exhibits, so is this regard, I’ll wager the show will be a success.

By disconnect, I refer to instances the writer is literately not responding to what in the show at all but writing about their own preconceptions. One writer laments the fact that buffalo hides are no longer used for tipi construction; another writers points out that a buffalo hide tipi is being constructed as part of this very exhibit. All the references to tourist kitsch were not only insulting but illuminating. It is important that non-Native youth experience Native culture outside the arena of highway souvenir shops (never mind that the souvenirs certain writers might be writing about were most likely not made by Natives).

While tourism was mentioned, hippies, New Agers, and hobbyists were not mentioned in context of tipis, even though these three groups are often the owners and residents of tipis. However, these groups might be just as exotic as Native Americans to the writers.

The requests for more tragic historical information surprised me, but part of the cultural imprint of Native Americans in the current US psyche is the tragic figure, or as Mary Brave Bird (Brulé Lakota) puts it, “Lo, the Poor Indian.” That Natives’ right to be happy is an issue is evidenced by Ryan Red Corn and Sterlin Harjo’s recent video, “Smiling Indians.” The artists aren’t being superficial or avoiding hard discussions when they tone of the work presented is cheerful. There’s a direct message there: we have the right to be happy and to be three-dimensional living people instead of walking stereotypes of tragic loss. Trust me, every one of the participating artists is keenly aware of their tribal histories, of land loss, massacres, and other human rights’ violations. They are saying that there is more to them and their tribes than loss.

A happy surprise was that none of the art writers mentioned problems with “craft” and “fine art,” and they do not question the state of contemporary works as art. Since that false dichotomy refuses to die here in New Mexico (I am personally committed to helping kill it), it’s encouraging to not see in the East.

Since I’m used to hearing complaints about Native art being too interested in the past, I was surprised and troubled by the repeated complaints about the contemporary work being “problematic.” I did notice none of the writers mentioned Vanessa Jennings (Kiowa-Pima) — were they not aware that she’s also a living, contemporary artist? 19th century Plains Indians are locked into the American consciousness but more and more, contemporary Americans seem to not know how to deal with living Indians. Are there mental blocks? Absolutely. Living indigenous artists don’t want to be the Exotic Other or assimilated, so a new conceptual space for contemporary Native art must be carved out in the mainstream art world.

Joseph Sutton’s point that Native American cultures are “integral to our country’s history” is one approach. Despite assimilationists’ best efforts, tribal cultures have touched every aspect of American society — government, agriculture, medicine, pop culture, etc. To fully live in the US, one should know about Native cultures. None of my ancestors signed the Declaration of Independence or the US Constitution, but I definitely study both, and pay attention to contemporary political art. Commonalities arising from sharing a land could be emphasized in promoting living Native arts to non-Native peoples.

Cross-cultural communication is possible. Curators Nancy Rosoff and Susan Kennedy Zeller are knowledge and sensitive to Native American art, artists, and greater cultures. I believe through their efforts, as well as the artists’ and consultants’ effort, cross-culturally conceptual bridges will the built and strengthened.

For a person such as myself, who is 2006 miles away from the art show, the museum published an amazing catalog, featuring a dozen essays and excellent photography. The artists contributed essays, as well as curators and other art writers.

My question is that what is the purpose of the tribal exhibit in Brooklyn? Is it only to view a culture's past aka glory days? No. Is it to help reframe current thinking with wisdom gained over thousands of years? Yes.

People need to inject current Western thinking with the perfection of a tipi. The tipi is taking a by product of sustaining life (hunting) and using it to protect life (shelter) as well as inspire life (art).

Think about it, a butterfly flaps its wings in China and creates a storm in California. Reframe: Another 24hr Walmart is built and the grade's of their employees kids drop because no one is home to help them with their studies.

Western thinking doesn't emphasize enough looking at a decision through many angles. It emphasizes win-loss at all costs, an extension of the black and white, good and evil logic hallowed by western culture. Life is so many more shades of grey and much more complex than solely the "bottom line".

People today think too much in terms of marketability. When I pick out my clothes for the day, do I think about how likable and approachable I will be in paisley vs solid colors. No. But that is kind of what the New York Times reviewer is encouraging when he makes fun of the miniature tipi.

He turns into Simon Cowell when Simon comments on Country music... "I just don't get it". He's right about both of them. Simon and Ken Johnson should stick to what they know, popular art. Because something as dynamic as 1000 year old tribal designs and cutting edge social commentary is something best left to those who see more than just the bottom line.

Thanks, Big D - you are spot on. Referencing historical art is a hallmark of Post-Modernism. Native artists should not have to choose between representing their past, present, and future — they should have the opportunity to embody all three in their work.

If generating reflection and discussion is one of art's goals, the Tipi exhibit has outdone itself. The ongoing discussion continues in "Native American Art’s Disputed Boundaries," by Joscelyn Jurich, on her blog Hyperallergic.

Interesting and fresh look at the show, by Josh Garrett-Davis: "Tipi: Heritage of the Great Plains" in The Brooklyn Rail. He shares a detail image of Harvey Pratt's Vietnam War Experiences Tipi Liner and points out the lack of mid-20th and late-20th century work, which was when the Bacone School and Southern Plains painting styles were flourishing.